First record of a naturalized population of the tropical Colocasia esculenta (Araceae) in Italy, and clarifications about its occurrence in southeastern Europe 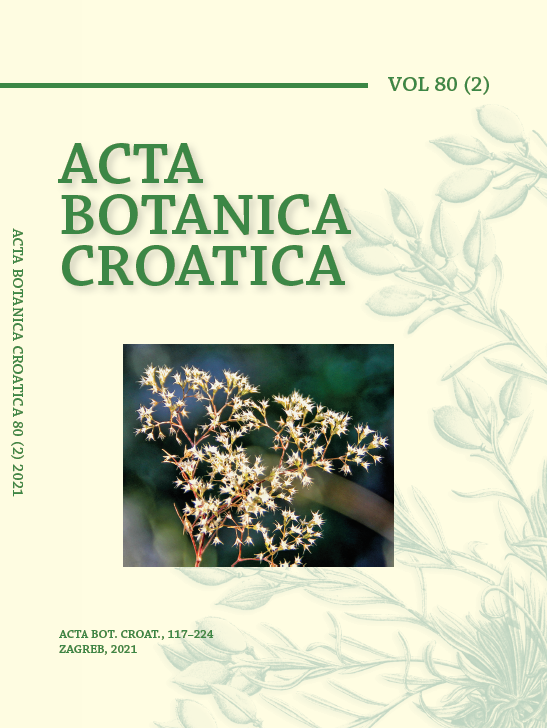 Colocasia esculenta (L.) Schott is an emergent aquatic and semi-aquatic species native to Asia, where it grows in tropical and subtropical areas. This species is widely cultivated for its edible corm and is considered as alien in various parts of the world, becoming sometimes invasive (e.g., in Spain), and in these areas eradication should be carried out. As part of ongoing studies on Araceae, in 2015 a population of C. esculenta was discovered in Rome (central Italy), where it grows along ditches. This is the first record of a naturalized population in Italy. A comprehensive view of this species in Italy and Europe was given, with clarifications about its occurrence in the Balkans, where C. esculenta was excluded from Bosnia and Herzegovina, Croatia, Montenegro, North Macedonia, Serbia, and Slovenia. A morphological description based on the population found and considerations of its ecology and the climatic conditions at the Roman site are provided.

How to Cite
Iamonico, D. (2021). First record of a naturalized population of the tropical Colocasia esculenta (Araceae) in Italy, and clarifications about its occurrence in southeastern Europe. Acta Botanica Croatica, 80(2), 169–175. https://doi.org/10.37427/botcro-2021-018
Download Citation
Endnote/Zotero/Mendeley (RIS)
BibTeX