Ecological, floristic and functional analysis of zonal forest vegetation in Bosnia and Herzegovina 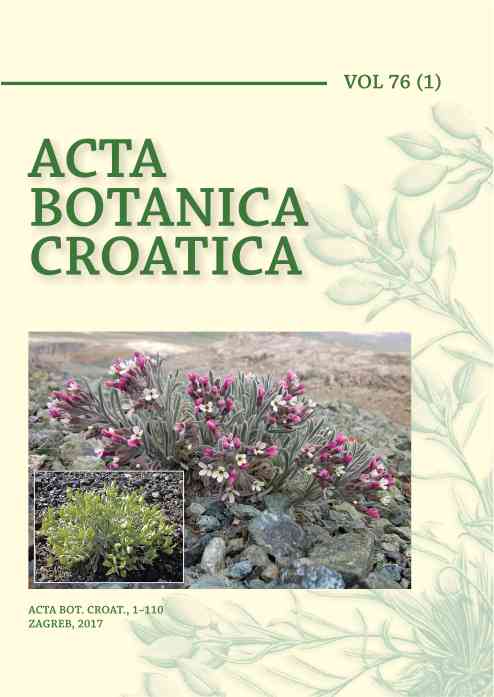 Zonal vegetation is a large-scale expression of macro-climate and, due to the climatic diversity of the country, there are seven traditionally recognized zonal forest plant communities in Bosnia and Herzegovina.
Using data from Bosnia and Herzegovina, this study aimed to reveal whether macro-climate is indeed the most important factor determining the existence of zonal forest plant communities (ZFPC). Detrended correspondence analysis of 398 relevés of seven ZFPCs revealed that the species turnover along the first axis is strongly related to the macro-climatic gradient (annual mean temperature, mean temperature of the coldest quarter and precipitation of the warmest quarter). No correlation was detected between this gradient and topographic factors (slope and aspect) and soil reaction. Floristic analysis revealed clear separation of ZFPCs in terms of diagnostic species. Functional analysis of all layers showed that competitive ecological strategy has the highest proportion, while analysis of the herb layer alone expressed a shift of CSR signatures towards the middle of the C–S axis. Ruderality was overall poorly expressed. Statistically significant differences among communities were discovered along the C–S axis. In terms of life forms, statistically signifi cant differences in the proportions of Phanerophytes, Geophytes and Hemicryptophytes among communities were discovered. Our study confirms that macro-climatic gradient is the most important determinant of the species turnover along ZFPCs. CSR signatures show that zonal forest vegetation is represented by productive communities in a terminal stage of succession. This does not refer to degraded Quercus ilex stands (maquis), which are in the middle stage of secondary succession.