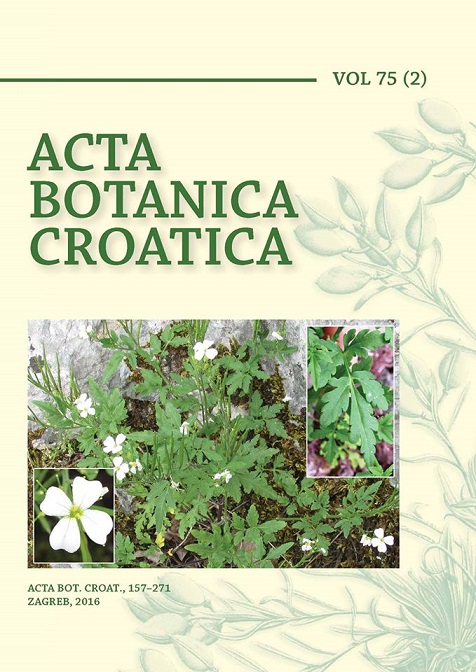 Sarracenia is a genus of carnivorous plants characterised by leaves modified into pitchers which lure, trap and digest insects. The aim of this study was to analyse the photochemical effi ciency and contents of photosynthetic pigments and phenolic compounds in different pitcher parts – operculum, wing, pitchertube upper part and pitcher-tube lower part of three morphologically different Sarracenia hybrids. The photochemical efficiency of the operculum and the pitcher-tube upper part was lower than that of the pitcher-tube lower part and wing, especially in hybrid B. In all hybrids, the wing had higher amount of chlorophyll a than other pitcher parts. In contrast, a higher amount of phenolic compounds, in particular anthocyanins, was measured in the operculum and the pitcher-tube upper part, parts which are red-coloured and participate in luring and trapping insects. Although there were some differences among the hybrids, the results show that amount of phenolic compounds and photosynthetic pigments as well as photochemical efficiency are related to the function of the pitcher part analysed.