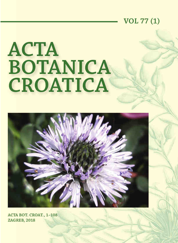 Cuscuta campestris is a holostemparasitic plant that obtains its resources from its hosts. Sweet basil is an important commercial plant, widely cultivated in many countries. It is a common host for C. campestris. Generally, C. campestris has negative effect on the growth of infected plants and its infestation is difficult to control. Therefore, environmental friendly control of C. campestris seems to be useful. In this work, the relationship between C. campestris and its host, sweet basil, and effects of K-carrageenan on protection against C. campestris and suppression of its invasion were studied. Basil was sprayed with a solution of carrageenan at a final concentration of 1 g L–1, once a week, 3 times in total. Infection of basil with C. campestris was performed 2 days after the last carrageenan treatment and the plants were collected two weeks after C. campestris attachment. In this study, phenylalanine ammonia-lyase activity (PAL), phenolic, flavonoids and antioxidant content increased remarkably in the basil plants parasitized with C. campestris, and therefore it seems that the parasitic plant induced a defense response in the host plants. Treatment with carrageenan significantly increased shoot length and leaf area of basil and decreased C. campestris infestation by about 26%. Carrageenan treatment caused a significant increase in PAL activity, phenols, antioxidant and lignin content in basil. Thus, the present observation suggested the phenylpropanoid pathway was activated and defense responses
were stimulated. Our results showed that carrageenan spraying induced beneficial effects in plants, corresponding to growth stimulation and defense compound synthesis. Thus carrageenan treatment is recommended as a natural biostimulator for the protection of plants against C. campestris.