Optimizing irrigation and determining the most sensitive development stage to drought in barley (Hordeum vulgare L.) in a semi-arid environment 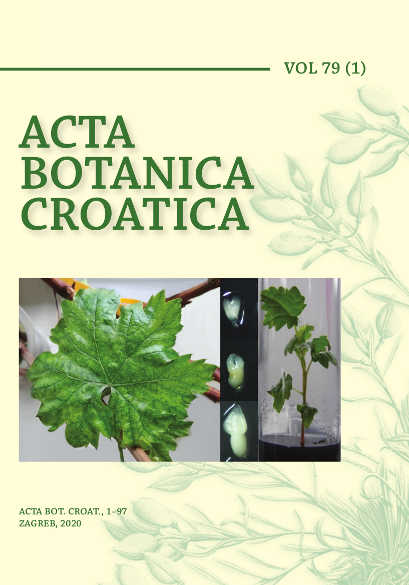 Rising temperatures and increasing water scarcity, which are already important issues, are expected to intensify in the near future due to global warming. Optimizing irrigation in agriculture is a challenge. Understanding the response of crop development stages to water deficit stress provides an opportunity for optimizing irrigation. Here we studied the response of two barley varieties (Rihane, Martin), to water deficit stress at three development stages (tillering, stem elongation, and heading) by measuring water status and grain yield components in a field experiment in Tunisia. The three stages were selected due to their importance in crop growth and grain development. Water deficit stress was initiated by withholding water for 21 days at the three stages with subsequent re-watering. Water deficit led to a progressive decrease in leaf water potential. In both varieties, heading was the stage most sensitive to water deficit. Leaf water potential measurements indicated that water deficit stress was more severe during heading, which to some extent may have influenced the comparison between growth stages. During heading, the number of ears per plant and weight of a thousand grains were reduced by more than 70% and 50%, respectively compared with stress at tillering. Comparison of yield components showed differences between the two barley varieties only when the water deficit was produced during the tillering stage.