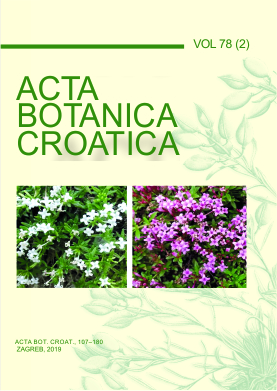 In recent times, highly developed metropolitan cities have progressively used biodiverse roadside plants as an eco-sustainable tool for the mitigation of air pollution. The present study has been designed to scrutinize the impact of particulate matter (PM) deposition and heavy metal accumulation in roadside plants. Some of the common roadside plants found along the national highway at Thane (Mumbai) region that were selected for this study are Alstonia schlolaris, Bauhinia variegata, Ficus benghalensis, Ficus religiosa, Cassia fistula, and Mangifera indica. The inductively coupled plasma atomic emission spectroscopy (ICP-AES) analysis was carried out for five heavy metals, namely Cr, Cu, Fe, Mn, and Zn. The particulate matter deposition was observed to be the highest in Ficus benghalensis (1.14 mg kg-1), while it was found to be the lowest in Bauhinia variegata (0.71 mg kg-1). The present study revealed that the accumulation of heavy metals in plants inversely varies with the deposition of dust on the surface of leaves. The tolerant species of plants can serve as natural biofilters that can alleviate environmental pollution to a certain extent.

Aasawari A. Tak, THE INSTITUTE OF SCIENCE MUMBAI

Umesh B Kakde, THE INSTITUTE OF SCIENCE MUMBAI

Dept of Botany
How to Cite
Tak, A. A., & Kakde, U. B. (2019). Evaluation of trace elements and particulate matter deposition on plant foliage exposed to vehicular pollution. Acta Botanica Croatica, 78(2). Retrieved from https://www.abc.botanic.hr/index.php/abc/article/view/2612
Download Citation
Endnote/Zotero/Mendeley (RIS)
BibTeX